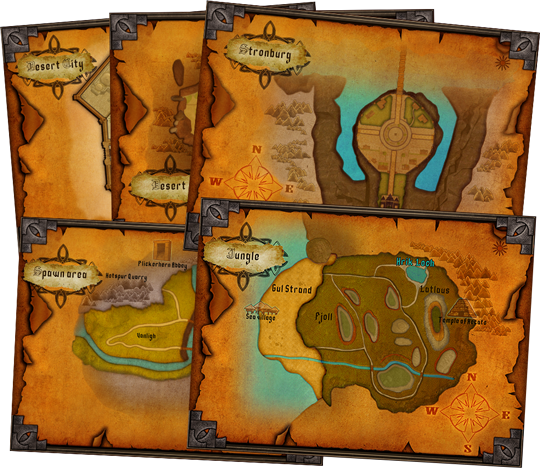 All classes are well balanced, awesome to play, and already beta tested in dungeons, raids, and PvP.

Close-combat fighters who are highly trained in the art of melee weaponry.

Depending on traits, they are able to both withstand and inflict fierce physical damage, and have the most versatile means of generating threat and keeping aggro off other characters in dungeons and raids.

A Fighter can often deal very high damage or be tough to kill.

Tank fighters are highly sought after by any group to tank dungeons and raids.

They are often offered free perks from guilds, like free gear repair from guild vault, and various potions increasing stats for specific purposes.

Fighter abilities depend on energy generation.

Fighter energy regenerates when fighters either deal or take damage.

Unlike mana dependent classes, Fighter never runs out of ability to generate energy as long as in active combat.

Fighter energy decays over time while not in combat so at the beginning of the combat Fighter has zero energy for special abilities and needs to generate it by auto-attack, taking damage, or possibly using special skills depending on chosen traits.

That is highly dependent on their gear, because their ability to deal and take damage is related directly to the quality and effects of their weapons and armor.

Fighters can use very diverse combat tactics depending on the foe they face which make that class extremely fun to play.

For players who like intense gameplay with a lot of movement and want to be highly sought after, the fighter is a great choice of class to play.

Confessor is the most versatile healing class in game but also has damage dealing traits tree as well.

That class has the ability to heal and buff allies, avoid aggro, remove buff on foes, remove debuffs on allies, resurrect the dead, and more.

Confessor also has many utility spells including ability to remove sickness from allies which is very important for both PvE and PvP group combat.

The class has access to 2 healing traits trees, one best for group healing and the other for arenas and battlegrounds.

When choosing damage traits, that class can also deal significant damage to their foes.

Confessors wear cloth armor and could be overwhelmed by melee enemies if not keeping enough discance.

To help with defense in close quarters and depending on choice traits, Confessors can shield themself and their allies.

All that makes Confessors the other most highly sought, almost on the same level as tanking fighters, is the groups playing end game dungeons and raids really need them to succeed in winning hard to defeat bosses.

Mages are powerful range damage casters which deal big damage with both burst and area of effect spells, but have weak cloth armor and low health.

They have a variety of utility spells like ability to remove damnation, teleport, make group portals, turn enemy to a chicken, and even conjure food and water, which speeds up mana and health regeneration between dungeon and raid fights.

Mage with traits tree set up for burst damage can be very effective at PvP even with low armor and health because when combined with polymorph, snaring and slowing down foes they can stay away long enough to burn their melee foe to death before they reach them.

Because of their high demand, crowd control ability, and being free food & water dealers, mages are welcome to dungeon and raids groups.

Rogues are masters at dealing high melee damage and incapacitating their foes, especially low health and low armor targets such as casters.

Stealth allows them to sneak in attack from behind.

They can also pick locks and handle the poinsons.

Rogues can stun and incapacitate their foes for a significant period of time, and when paired with high damage it gives a huge advantage over their enemies.

Instead of mana rogues use power and generate combo points to execute finishing attacks.

Rogues can wear cloth and leather armor and have mid range health.

Rogues are best suited for players who like to sneak up on foes and dish out large amounts of burst damage. 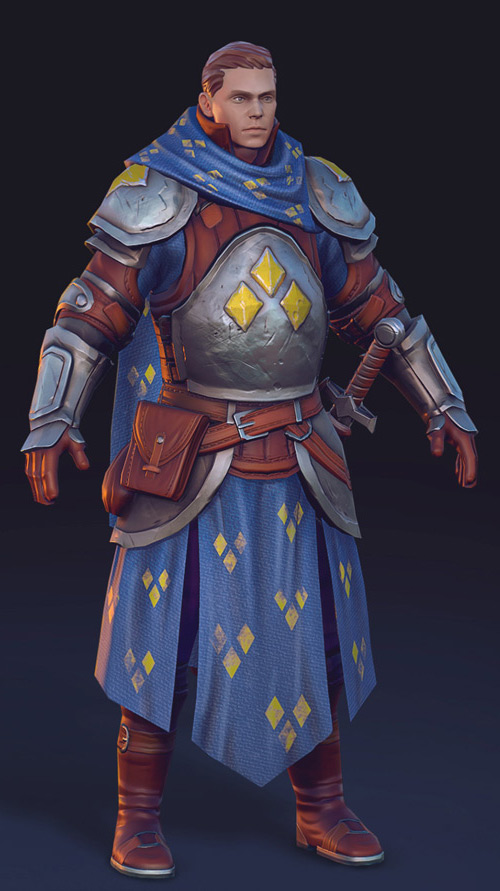 They can heal, tank, and melee DPS.

Templars have the best in game group support with group buffing abilities.

They can wear heavy plate armor and use shields, but are also good at single target healing which makes them hard to kill as long as they have mana left for casting.

The selection on traits specialization is very important for Templars and depending on combination they can be melee DPS, tank, offtank, or healer.

While even with DPS traits tree Templars deal damage less than a Rogue’s, they make up for that with buffs, and utility spells.

Templars are relatively easy to level due to both strong armor and self healing capability.

With proper traits, templars can also resurrect the dead like Confessor.

They are very effective at pulling and holding aggro of multiple mobs at the same time.

Healing Templar has most mana-efficient and low-threat healing spells in the game which grants them the ability to easily fill the position of main tank’s healer, and excellent battle healter for battleground and arenas.

While great at single target healing they lack area of effect healing, even with separate over time healing, they are not the main raid group healer with the role belonging to Confessors.

Templars with deep tanking traits can tank any dungeon and raid, but for end game raids they tend to take the role of offtank. 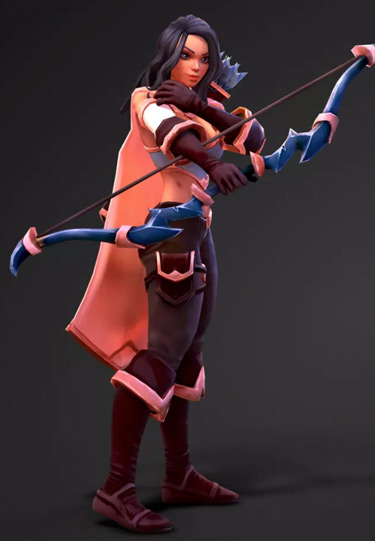 Rangers are the only class that can use ranged weapons like bows, guns, crossbows as the main source of damage.

They have plenty of tools which allow them to avoid melee combat like kiting and trapping.

Rangers may tame a variety of animated mobs to use as combat pets which helps them with damage and to avoid direct melee combat with PvE enemies.

It makes Ranger great for both solo leveling and dungeons/raids.

Talents trees allow them to boost their remote weapons use damage, combat pets damage, and survivability.

Necromancers enslave demons and use black magic and damnation to destroy their enemies.

Like ranger’s pets their demons help them combat their foes but instead of taming beasts they summon demons.

Necromancers focus on strong damage over time in addition to single spell and area of effect attacks.

They lack the extreme burst damage nukes of a mage but demon pets and scare spells are opening up many tactical options.

On top of that they have utility spells like ability to summon group members and create resurrection stones.

Necromancers are exclusively damage dealers but the way they do it changes with trait trees which allows for various play styles with either more focus on own spells or boosting power of their demons. 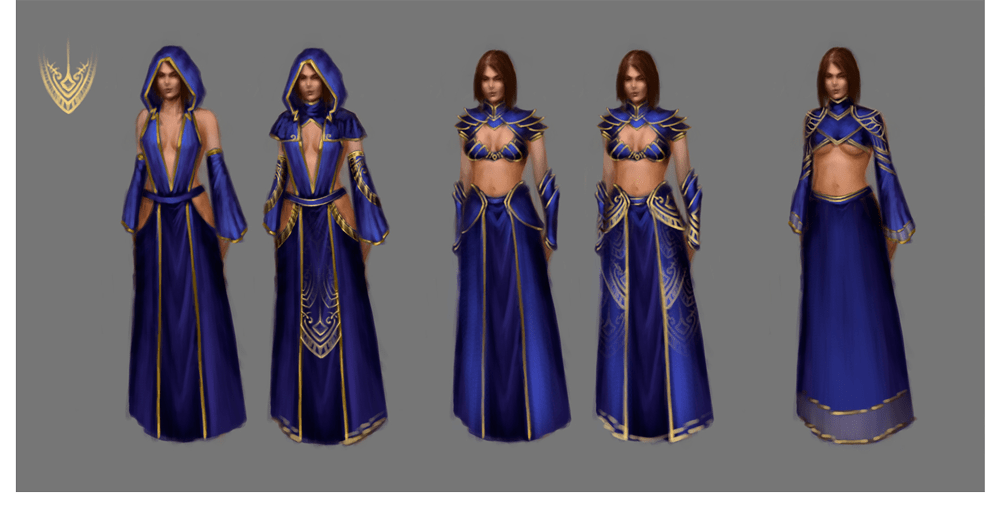 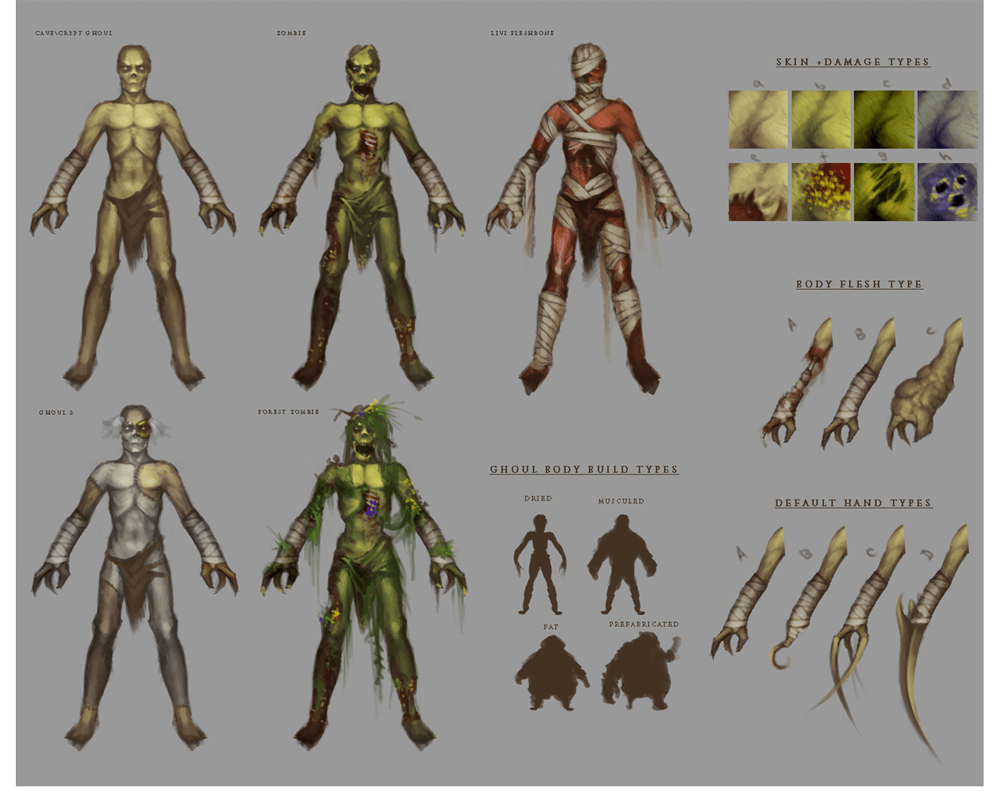